It is impossible to write any biography of Betty White without talking about her hundreds of experiences with animals of every shape, size, and species.

When the infamous interviewer Barbara Walters asked Betty, point-blank, if she likes animals more than people, Betty had to admit that she does. “Can you blame me? Animals don’t lie. Animals don’t criticize.”[1]

A “confirmed zoophile” and “life-long card-carrying zoo groupie,” Betty claims that her love for animals began in the womb.[2] She says her parents took her to zoos often and taught her how to tell the ones that cared for the animals from the bad zoos she should avoid. Being a zookeeper may have been a career that society in the 1930s would not allow, but that has not stopped Betty from devoting huge amounts of time and money to the welfare and care of animals, both in zoos and out.

Her animal activity work took full swing in the early 1970s when she produced and hosted a show called The Pet Set, which featured celebrities with their pets. 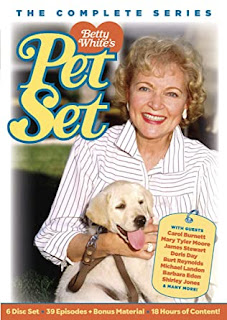 Betty says, “The reason I work, the reason I do anything, is because of my love of animals.”[3] Her acting funds her ability to be an animal activist.
Since 1974, Betty has been a trustee of the Greater Los Angeles Zoo Association (GLAZA), the non-profit support organization of the LA Zoo. She also served as commissioner for eight years. And the zoo honors Betty right back. In 1981, when her beloved husband passed on, the Koala Pavilion at the LA Zoo was dedicated to him: The Allen Ludden Plaza.

Betty devoted an entire book, Betty and Friends: My Life at the Zoo, to her favorite animal experiences and in defense of zoos as a necessary tool for education and animal care. On the inside cover of the book jacket she says: This book is “a very personal love letter to zoos and to the animals in them, and to the workers who conserve the animal kingdom and educate the public about it.” 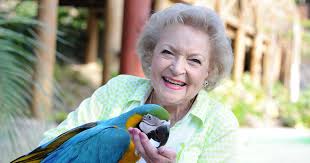 “Good zoos are critical to conservation,” she adds. “The information we have gained regarding disease, breeding, and health issues from our captive animals we can apply toward helping those in their natural habitats . . . . If it weren’t for zoos, there are many animal species that would be extinct today.”[4]

All her hard work and the love she has poured on the LA Zoo has been rewarded with experiences that give her the opportunity to pretend to be a zookeeper, like she dreamed about. Betty has had the chance to give a bottle to a newborn tiger cub, take morning strolls with Gita the Indian elephant, witness the births of a Bactrian camel and a hippopotamus, be kissed by a beluga whale, and give kisses to giraffes and gorillas. She even calls herself “close friends” with Jacob the boa constrictor.

Another of Betty’s favorites is Bruno, an orangutan. Once when she visited and was allowed to stand near some behind-the-scenes fences, she called out to Bruno in his enclosure to say hello. He got up, came over to her, and pushed his lips through the fence so she could rub his nose.

In February of 2006, Betty was presented with an honor by the Mayor of LA and the LA City Council as an Ambassador to the Animals of the City of Los Angeles. The bronze plaque, placed near the Gorilla Exhibit, reads: “In recognition of her tireless work and years of passionate dedication to promote the welfare and humane care of animals throughout the City of Los Angeles.”

Betty is a sponsor for the Farm Animal Reform Movement, Actors & Others For Animals, and Friends of Animals. She personally donates hundreds of thousands of dollars every year to help protect animals around the world. She jokes that she has to keep acting so she can afford her charitable work.

While Betty respects living creatures of all kinds, she admits that spiders give her the shudders. But after reading the book Charlotte’s Web by E. B. White, Betty gained the courage to catch spiders from her house in a jar and put them outside. Then she shudders. But that’s only one creature out of the thousands that fascinate her.

And some of those animal/Betty relationships are amazing. Through her long-time friend Penny Patterson, Betty had the chance to meet the legendary gorilla Koko. Penny is Koko’s trainer and has taught the gorilla to successfully use sign language to communicate.

When Betty visited Koko, the ape asked to have the doors opened so she could bring Betty into her own room. A huge honor, indeed. The visit lasted about 20 minutes. Near the end, Koko went and got a toy alligator that was about a foot long and handed it to Betty.

“As she handed the toy to me,” Betty says, “she frowned and shivered her shoulders. I really didn’t need Penny’s explanation that I was being told that the alligator was ‘scary.’ Koko made it very clear.”[5]

Betty has visited several times since. After a couple of visits, Koko greeted her by rubbing her fingers across her own lips. Penny explained that Koko recognized Betty and had named her “Lipstick.” Not many of the gorilla’s visitors wear any lipstick, but Betty always does.

Gorillas only bother to give a name to very special humans. Clearly, Betty is one. 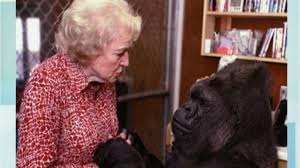 {Come back next Monday for the chapter "Animals at Home"!}