Chapter 8: Hot and Off Her Rocker

Betty was not supposed to be a regular on the first scripted sitcom for TV Land, Hot in Cleveland. She agreed to do the pilot episode in 2010, and then she was talked into a few spots in the early episodes playing the sassy (and often downright naughty) Elka Ostrovsky. As more and more episodes were picked up, she said she couldn’t possibly do it. Her schedule was already packed with amazing things to do. She did not have the time. Shooting a TV show can mean four or five days a week and ten hour days. And, let’s face it, she was 89 years old! But Betty hated to turn down an opportunity to be on a great show.

“I have the backbone of a jellyfish,” she says of that decision.[1] 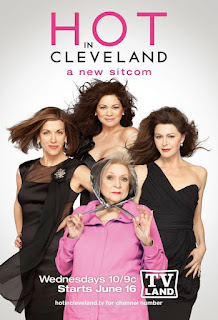 She finally agreed to all the planned episodes—twenty in all. And Betty continued as a regular on the show until its final season in 2015, with her love-life as the focus of many plot lines. Women in their 90s have a love-life? Betty was happy to portray a character who flirted and dated and behaved more like a twenty-year-old. It is hard to imagine the show without Elka. She even had the chance to reunite with her Mary Tyler Moore castmate Georgia Engel as the ditsy Mamie, Elka’s best friend, for almost twenty episodes.

As her reward, Betty won a Screen Actors Guild Award for Outstanding Performance by a Female Actor in a Comedy Series in 2011 and 2012. Hot in Cleveland was a huge success for the TV Land network, was rated the number-one television show on cable, and is often listed as “staring Betty White,” despite the other three veteran TV series actresses on the show as well.

“What absolutely boggles my mind,” Betty says, “is that I find myself in yet another hit series, having a ball with a wonderful cast and crew. One of those in a lifetime is a blessing, two of them is a privilege, but three out of three? I owe Someone, big time.”[2]

She also hosted the prank show Betty White’s Off Their Rockers for NBC television, where old people get the better of younger ones, often in very naughty ways. Her agent had to talk her into doing it, but it was also nominated for an Emmy Award for the first season and ran for two more. 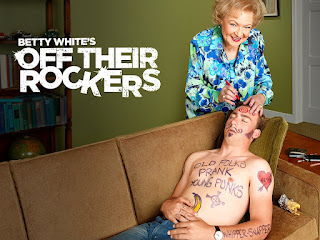 Carl Reiner, who joined Betty on Hot in Cleveland for eight guest spots as her love interest, said of her, "She's one of those people who's always welcome to whatever show she's in. She just twinkles."[4] 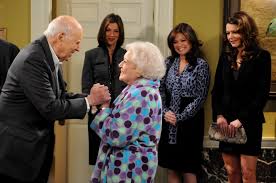 But all that twinkling and laughter doesn’t mean Betty is free from nerves and stage fright, even after six decades in the spotlight.

{Come back next week for the chapter "Stage Fright and Award Shows"!}