The Remarkable Journey of Coyote Sunrise by Dan Gemeinhart
My rating: 4 of 5 stars

This is a beautifully written book, and I loved the idea of inclusiveness and overcoming grief that it presented. The "one of each" that came with the passengers they gain hit me as a bit forced, but there's probably no way to win on that these days.

Through most of the story, I was sure I'd give it 5 stars, but then it started to hit me that this poor child had been on a bus with a man who was clearly not mentally stable for FIVE YEARS. I admit, I'm reading this as an adult, but what social worker in her right mind would have let them go back to that over and over? And it's not like "Captain Fantastic," where he was at least educating his kids. Coyote had been on the bus since she was EIGHT? She could read, but there was never any mention of any other education. Zero technology. Besides the obvious things like bathing and going to the doctor or dentist, my first question to children as a teacher would be to discuss the issues this poor girl is going to have trying to start middle school. What? She would be ridiculously far behind. And that's not even getting started on social skills. She has been deprived of friends for FIVE YEARS! Maybe if had been only a year or so it wouldn't have upset me so much, but the whole thing just started to feel so neglectful that I couldn't get past it. How did her grandmother allow it? Too far for me.

That's my two cents on that. But there was a cat, so that always gets you bonus points in my reviews.

Posted by Meg Welch Dendler at 12:22 PM No comments:

Becoming by Michelle Obama
My rating: 5 of 5 stars

Well written and everything you might want to know, sometimes too much, but I thoroughly enjoyed it. My only gripe would be her insistence on saying "me and Barack" or "me and X" instead of using correct grammar as she does in every other aspect of the book. Not sure the reasoning for that, but it grated on me. Most readers won't notice, I suppose.

Posted by Meg Welch Dendler at 6:49 AM No comments:


Things get boring in the winter, so I'm participating in a silly Author Cat Takeover at the Fellowship of Fantasy Facebook page. We'd love to have you join us. Today, for instance, you can vote for Kimba as the Best Author Cat. I have no idea what this really means, but I hope Kimba wins the first round at least.

During this event, my book Why Kimba Saved The World is free at a few sites:

As part of the fun and games, the Facebook page is hosting a Rafflecopter Giveaway. Here's the details.
At Smashwords
At Kobo
At Barnes & Noble
and Amazon has it for 99 cents


You can go to Rafflecopter by clicking here.

It's also a chance to meet some other amazing authors. Here's a list of who is participating, though I think you will visit them all if you do the Rafflecopter clicking challenge.

Enjoy! And stop by the Fellowship of Fantasy event to vote for Kimba! Posted by Meg Welch Dendler at 11:28 AM No comments: 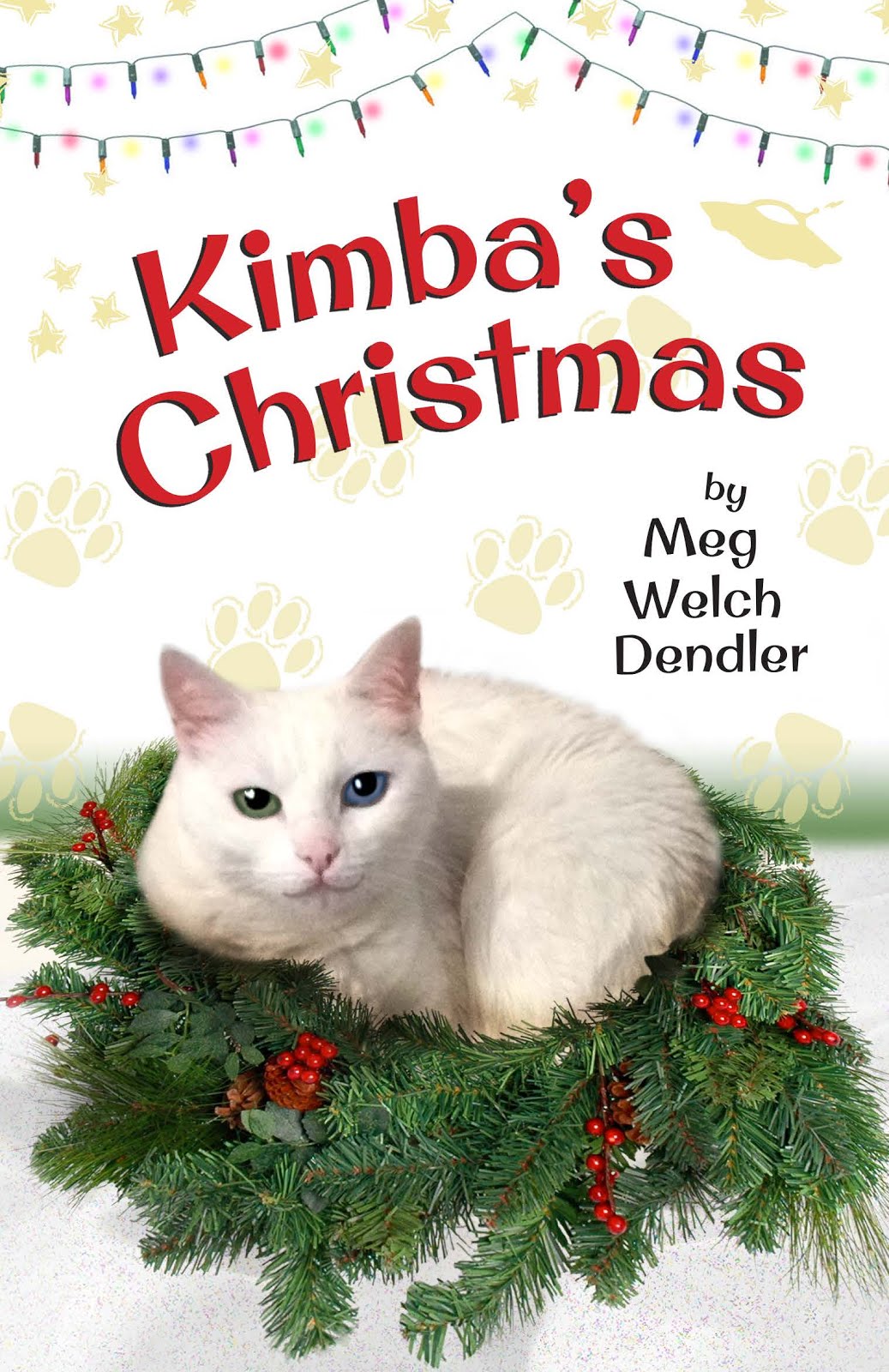